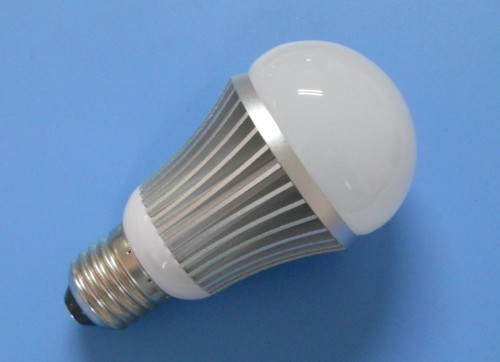 LED industry as an active industry in recent years, is also a vane of the recent session of the Canton Fair. Information from the first phase of the Canton Fair showed that many LED companies are struggling with the reduction of orders and the drop in net profit, and the number of orders for LED companies has dropped sharply. A person in charge of a LED company in Shenzhen said that the companyâ€™s exports fell by nearly half in the first three quarters, and another person in charge said frankly, â€œAt present, 50% of LED companies in China are in a problem of survival.â€ In Shenzhen, the most concentrated LED company in China "Every day a company closes down."

Has the once fascinating LED industry in China been really â€œthe most dangerous timeâ€?

As the third-generation main lighting technology following incandescent lamps and fluorescent lamps, LED has the advantages of energy saving, environmental protection, good color rendering, and long life span. From the perspective of saving electric energy and reducing greenhouse gas emissions, LED also reduces environmental pollution. From the perspective of view, LED as a new type of lighting source has a great potential to replace traditional lighting sources, and has become the mainstream technology for backlight, display, lighting and other applications.

In recent years, as the world has phased out incandescent lamps and switched to energy-saving lamps such as electronic energy-saving lamps and LEDs, the green lighting project has become a powerful promoter of the development of LED lighting. It is expected that by 2016, China will completely phase out incandescent lamps and fully enter green lighting. era. Therefore, after years of development, China's LED industry is expected to usher in a new round of development boom.

According to statistics from the National Bureau of Statistics, in 2011 China's LED industry had a total of 544 companies (above 20 million yuan in sales revenue) and above; realized total industrial output value of 157.785 billion yuan, and obtained sales revenue of 155.968 billion yuan; both product sales profit and total profit were Compared with the previous year, it decreased by 10.473 billion yuan and 5.921 billion yuan respectively. In addition, as of the end of 2011, industry assets totaled 117.250 billion yuan. In general, the production and sales volume of China's LED industry kept growing in 2011, but the overall operating efficiency has declined.

Due to the absolute advantages of raw materials and labor costs, Chinese LED products have a large share in the world market. Currently, only a few countries, such as the United States and Japan, can compete with Chinese LED exports. At present, the products produced by domestic LED companies are mainly exported to the United States, Canada, Germany, the United Kingdom, South Africa, the Middle East and other regions. In the developed areas of the Pearl River Delta, the Yangtze River Delta and other manufacturing industries, product exports occupy an important position in the business of LED companies, and many companiesâ€™ export products account for more than 50% of the total.

As one of the fastest-growing LED export products in China in recent years, high-power LED products are expected to maintain high growth in the future.

However, due to the slowdown in domestic economic growth and the sharp drop in demand of major economies in the world, since 2012, Chinaâ€™s LED industry has experienced an unprecedented cold spell. This can be seen from the first phase of the Canton Fairâ€™s trading situation. One spot. However, since LED represents the development trend of green lighting, it is expected that there will be no catastrophic â€œcrashâ€ in the short term, and it will continue to maintain a relatively steady development under the impetus of the countryâ€™s boost of domestic demand.

Zhao Wenzhong, LED Industry Researcher of the Industry Research Institute of Forward-looking Industry, predicts that the rapid development of China's LED industry will slow down between 2012 and 2016, but the growth rate is still expected to remain at around 15%. By 2016, the industry sales revenue is expected to reach 451.124 billion yuan. yuan.

China as the world's major LED production base, domestic LED products encountered cold at the Canton Fair, also shows that after years of rapid development of China's LED industry, it has faced a major bottleneck for sustainable development. Whether or not it is possible to concentrate on cultivation when the cold weather strikes and effectively improve its ability to keep out the cold will become an obstacle to the survival and development of China's LED.

In previous years, due to the rapid development of the LED industry, a lot of hot money influxed into the industry, so that the unprecedented prosperity of the industry, but also hidden risks. In recent years, due to the substantial expansion of LED chip manufacturers and the traditional LED application backlight module being affected by the sluggish demand of global consumer electronics products, the LED market generally presents a situation of oversupply. In addition, the downturn in the global economic situation has also caused the decline in the demand for the LED industry.

Under the background of global economic growth slowdown, domestic demand and foreign demand are seriously shrinking, LED is also difficult to do its own thing, when the plight pressures, the industry has previously been covered by the rapid growth of the unlimited scenery of the drawbacks gradually highlighted, and the crisis industry's healthy and sustainable development.

While China's LED industry is developing rapidly, the industry lacks independent research and development capabilities, lacks industry standards, serious homogeneity of products, blind investment, patents, and intellectual property rights, etc. The contradictions have accumulated, but the most destructive and lethal The contradictions mainly focus on the following three aspects:

In recent years, under the impetus of the Expo, the Asian Games, and the â€œTen Thousand Cities,â€ the demand in the domestic LED market has greatly increased. Many cities and districts have developed the LED industry as a pillar industry. Domestic and overseas investment and mergers have accelerated the process of integrating upstream and downstream businesses. Traditional lighting companies, state-owned capital, and private capital have also entered the industry and there has been an upsurge in industrial investment.

Followed by the fierce competition in product homogeneity within the industry, lack of leading companies and leading brands, key equipment still rely on imports.

At present, China has a large number of LED industry companies, the overall progress has been made, but the size of enterprises is generally small, the lack of leading enterprises. As most of the LED manufacturers have submitted product R&D and major module production to the solution providers, the LED entry threshold has been reduced, and the market competition has become fierce. At present, there are more than 1,900 LED packaging companies in the country, but the number of new LED products applied by enterprises is less than 550; LED lighting company has more than 300 companies, and the products are basically in the stage of copying and imitating each other. Homogeneity competition has caused price wars to rise. Therefore, it is an imminent task for the LED industry to cultivate leading enterprises and accelerate the construction of independent brands.

Then there is the shortage of outstanding technical talents and the lack of key technologies and core patents. This is also the root cause of the lack of core competitiveness of China's LED products in the international market.

Patented technology is an important means for major global LED manufacturers to gain competitive advantage and maintain market share. Domestic LED patent technology composition is not perfect. Upstream patents are mostly controlled by foreign manufacturers. Technology is controlled by people. More than 80% of high-end chips come from foreign countries or Taiwan, and companies cannot extend to high-end profit segments. Due to the lack of principled patents, products are subject to patents and exports are restricted. Even at the concentration of more than 80% of companies in China, the packaging and application downstream areas are at a lower level.

Zhao Wenzhong, LED industry researcher at the Industry Research Institute, believes that under the background of the still unclear global economic situation, the overcapacity of the structural LED industry in the LED industry will continue for some time to come. The price of the LED products will also continue to decline, and the situation will become increasingly intensified. Next, LED companies stepped up their strategy of channel distribution, and competition for distributor resources around the channels and the construction of specialty stores will become the theme of LED companies' future channel construction.

Zhao Wenzhong also emphasized that while the LED industry is making great adjustments in its industrial structure, it should clearly recognize that in the era of green lighting, the penetration rate of LED in the lighting market will surely increase steadily. In the future, LED lighting products will become an important area for LED applications. .