During recording, the external audio signal is amplified by the microphone amplifier with automatic gain adjustment inside the chip APR9600. It is processed by the internal filter and sampling circuit and stored in the dedicated flash memory FLASHRAM in analog mode. Since the FLASHRAM is a non-volatile device, it is broken for a long time. Electronic voice will not be lost. During playback, the on-chip read logic takes the signal from the FLASHRAM, sends it through a low-pass filter to the power amplifier, and then directly pushes the external speaker to play.

The APR9600 is a 28-pin dual in-line standard package DIP chip. The function description of each pin is shown in Table 1.

In the parallel control mode, each segment has a corresponding key control. The recording and playback of any segment does not affect other segments. The control is simple and can be divided into up to eight segments. It is applicable to several segments of speech that are irrelevant, and there is no order at all. Place; in the serial control mode, the language is recorded and played in a certain order, the control keys are few, and the segmentation control is inconvenient. It is suitable for the case where several segments of speech are related to each other and have a certain order.

The author designed and produced a multi-channel telephone remote control, through which people can use the telephone to switch control and timing functions of various household appliances anytime and anywhere. Because of the remote control distance of telephone lines across provinces and cities. The system adopts single-chip control to realize duplex communication by using voice chip, and achieves prompts for different operations and information feedback on the state of the controlled party, so that the operator can timely understand the controlled party information, and make the product interactive and intelligent.

The system APR9600 is pre-set to the eight-stage parallel control mode. The "MSEL1", "MSEL2", and "/M8" terminals of the APR9600 are set to 1 (connected to the positive power supply). Set the RE terminal to the recording state, press and hold /M1 to start recording the first segment, and the loose button will stop. Press /M2 again to record the second paragraph, so press and hold /M8 to record the eighth paragraph. The eight-segment voice recorded by this system is shown in Table 3.

The following describes the distribution skills of limited speech resources in this system, mainly introduces how to use two voices.

This article refers to the address: http://

Front access LED Display is easy to maintain and install. with magnet on modules, You can remove and replace any parts from front side, such as LED module, receiver and power supply. the advantage of this design is save space from the screen to wall. can mount directly on the wall, also save time to change the defective parts. both indoor and outdoor, pixel pitch is from P1.2 to P10mm.

Indoor Rental Front Service LED Display with one single type module, can much reduce the cost for spare parts.Support front service, modules can be taken out without opening the back door,power suppliers are fixed without screws.At the bottom of cabinet, there is special design which can help to protect lamp during installation.

Or we have front open LED sign, which can be flip/open the whole screen at front. but this is only for small size about 2m high. with hydraulic design, it's easy to operate. 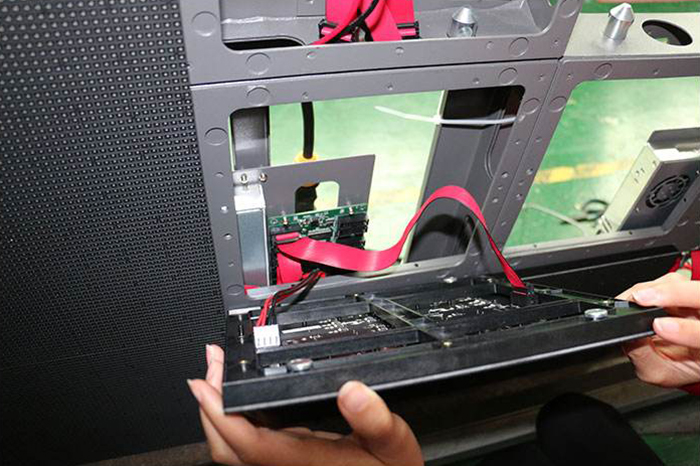 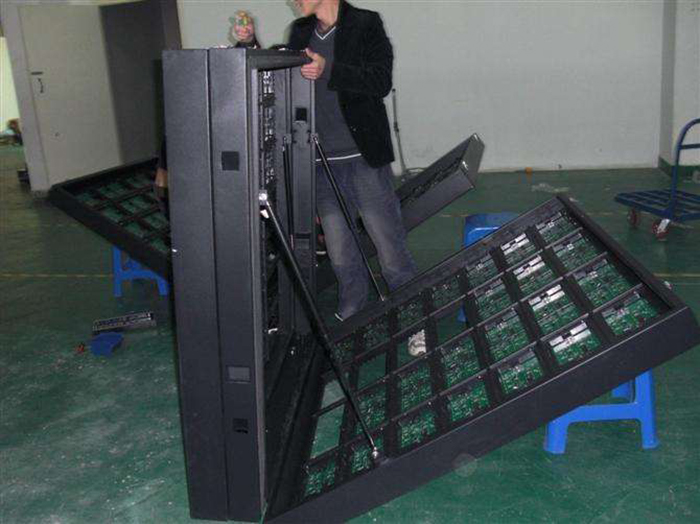