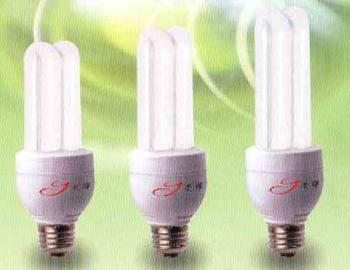 The news of similar LED lighting support plans has continued recently. On April 8th, Jiangmen City awarded 20% of the total procurement amount to the public lighting field and government institution lighting projects for purchasing LED product catalog products in the city; on April 9, Jiaxing City. The municipal government took the lead in introducing the LED semiconductor lighting industry local support policy "Jiaxing City to accelerate the development of LED semiconductor lighting industry, a number of opinions", April 10, Foshan City Science and Technology Bureau, Hu Xuejun revealed yesterday that Foshan will complete the project in accordance with the promotion of LED lighting 10% of the subsidy to investors.

The government continues to increase its support and procurement efforts for the LED industry. The main reasons are as follows: First, governments at all levels are under greater pressure to save energy and reduce emissions, and purchase energy-saving and environmentally friendly products to achieve energy conservation and emission reduction targets. One of the effective means. Secondly, the promotion of LED lighting products is influenced by factors such as consumption concepts and product prices. It is still difficult to promote among household users, and it is necessary for government departments to promote the projects introduced in the early stage.

On the other hand, as the LED market and technology mature, the price of products has declined, and the cost of government promotion has become lower and lower.

As Haitz's law has been repeatedly verified, the luminous efficiency of LED lighting has greatly increased, and the overall cost has approached or even surpassed the higher-efficiency energy-saving lamps, and it is expected to become an alternative light source for the market soon.

In addition, in view of the fact that the price of commercial electricity in our country is much higher than the price of civilian products, if it is applied in the business environment, the benefits will be more obvious.

With the increasing cost advantages of LED lighting, government-oriented LED lighting will gradually start the commercial process, and it is expected that the demand for indoor residential products will gradually be released. According to the forecast given by Mr. Ding Long, vice president of Op lighting, "If the output value of the LED industry is currently called X, then there will be 6X, 8X in the second half of this year, or this growth point will appear within two to three years, even higher growth. "In 2013, LED street lamps will have an increase of more than 40%, while LED indoor lighting will have a relatively faster growth rate due to its lower base, perhaps exceeding 200%. LED lighting companies are expected to benefit from the rapid development of the industry.