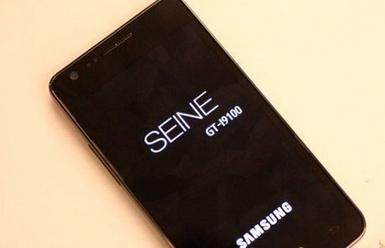 Recently, data released by the market research firm Strategy Analystics showed that in 2012, Samsung sold 30.06 million smart phones in the Chinese market, its market share increased to 17.7%, and it topped the Chinese smartphone market for the first time.

At Samsung China Forum, Samsung Park Greater China President Park Zai-yin disclosed that in 2012 Samsungâ€™s revenue in Greater China was US$14.3 billion, a year-on-year increase of 51%. Park Jae-hyun said that in the past year, Samsungâ€™s smart phone products such as mobile phones and tablets had the highest market share in China, and home appliances and other products ranked the top three. He said that in the Chinese market, Samsung will insist on simultaneous listing with other parts of the world.

Interestingly, the company's heavy products this year all appear. Among them, Samsung introduced the 85-inch UHD TV S9000 to Chinese users for the first time, and is expected to start booking in March and go public in June. Yin Fugen, president of Samsung Electronics' Global Consumer Electronics Division, said that the companyâ€™s goal is to become a global leader in home appliances in 2015. The GALAXY Note 8.0 that was exposed at the recent Mobile World Conference was also officially launched in the Chinese market. This is considered as an antagonistic product of the Apple iPad mini. Relevant person in charge said that it is expected to be listed in April and the current price is uncertain.

The company also announced the launch of the ATIV family of smart terminals based on the Microsoft Win8 platform in China, starting with a smartphone and two tablet computers.