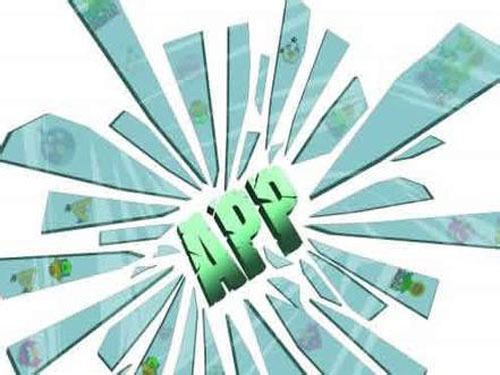 As the World Cup progresses, the World Cup-related malicious programs have also surged! According to the latest statistics from Trend Micro, there are currently more than 375 malicious mobile apps in the world, and they are lurking in unauthorized/third-party application download stores, waiting for users to install on mobile devices. Trend Micro appeals to fans to adopt the three major defense methods of â€œreading, failing, and secureâ€ and let themselves â€œhundreds of drugs do not invadeâ€!

Tong Ning, director of business development at Trend Micro (China), said: "In addition to the recent phishing scams and hacktivists on the Internet, cybercriminals have also targeted users of mobile devices. Trend Micro found that the theme of the World Cup There have been as many as 375 types of malicious mobile apps. After analysis, it has been found that most of the malicious apps with problems are currently mobile mobile malware variants. For example, the ANDROIDOS_OPFAKE.CTD family that forges popular applications, and privately filtered SMS and steals information ANDROIDOS_SMSSTEALER.HBT Family, scam scam programs ANDROIDOS_MASNU.HNT, variants of the trojan program ANDROIDOS_OPFAKE.HTG, etc."

One of the malware families detected by Trend Micro was the ANDROIDOS_OPFAKE.CTD family, which first appeared in May 2013, and was created by falsifying popular applications. Its malicious behavior includes: subscribing to the user's value-added services, leaking important user information (such as contacts/messages), and installing malicious links and shortcuts on the mobile device home screen.

In just one year, the number of detected ANDROIDOS_OPFAKE.CTD variants reached 100,000, forged 14,707 applications; and the remote server to which the program is connected has 66 different domains, each of which pretends to be Famous website.

Another malware family that Trend Micro detected using the World Cup fever is the ANDROIDOS_SMSSTEALER.HBT family. This family variant has similar phishing and counterfeiting methods as OPFAKE, but one thing is different: they can connect to remote C&C servers to receive and execute commands, and some of them add information filtering programs (blocking/hiding certain incoming messages). , send SMS and install new malware.

Analyze its C&C server and found 76 domains, all registered to Tanasov Hennadiy. We also found that these problematic C&C servers were also used to host third-party application download sites, most of which were repackaged with advertisements and information theft programs.

The malicious program that was detected as a new variant of ANDROIDOS_OPFAKE.HTG has also become a member of the Cyber â€‹â€‹Crime World Cup. This is a typical value-added service abuse process. Infected users will find themselves paying for expensive services that have never been registered.

Some football game applications have also been found to leak user information without the userâ€™s knowledge. At the same time, there may be risks in the small payment process. We recommend that mobile users pay special attention to their financial and personal information when using these applications, or simply avoid using them.

Trend Micro recommends that fans can adopt three self-protection magic â€œread, not, and secureâ€ to avoid being harmed by malicious programs:

Â· No: Only download apps from reputable platforms and not download programs from unknown third-party platforms to reduce risk.