Abstract: LED white light is used in the theater stage to have its own advantages. It uses LED white light to make surface light, slap light, column light, top light, flow light, etc. It solves the problem that the color temperature of traditional lamps is not uniform and solves the problem. The problem that the color temperature will change with the change of illumination provides the possibility of unifying the recording effect and the effect of the stage performance, which brings great convenience to our work. The emergence of the new LED white light has created different conditions for solving the dramatic performance and recording effects, and provided an opportunity to solve this problem.

LED white light has been used for stage performances for some years. As early as 2010, LED white light was promoted and applied as a green lighting in theaters. However, I have always had some objections to the new light source of LED. I always feel that this kind of lighting is used in the performance of the theater stage, which is not particularly ideal. The reason is that in addition to being able to save energy, this type of luminaire is not very useful. The light is turbid, the penetrating power is poor, and the color rendering index is not ideal. Especially the dimming is not precise, and zero light can not be achieved. This is a fatal flaw for the stage lighting, which cannot be used in the theater stage. It is a great destruction of the theatre atmosphere. 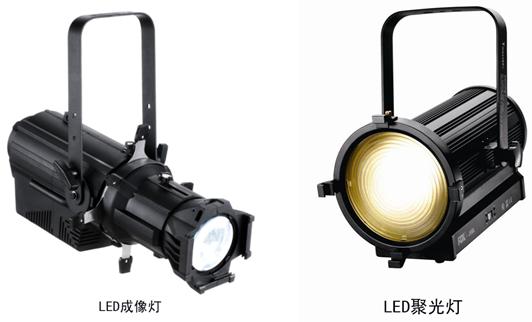 Of course, computer lights (spot and wash) can also solve these problems, but it has many inconvenient aspects compared to LED white lights.

The first stability problem. The brightness of the computer will change with the length of use. The longer the computer is used, the lower its stability, which may be related to the aging of electronic components. But these technical problems are not what I want to talk about, and I don't understand. I want to talk about the trouble that this instability brings to our users.

The lighting position is one aspect. If the computer light is used to make the surface light, the computer light will cause uneven surface light. The light time is very uniform, and the light is distinct (performance area and non-performance area). The position is completely different, the bright place is not bright, the dark place is not dark, it will be counterproductive, and the stage atmosphere in the design is completely different, which affects the effect of the performance. Because the spot light of the running position of the lamp will also be affected, the original position is determined, and the effect is good. When the time is used, the spot light has changed, causing the actors and photos not to be together, and the atmosphere is greatly discounted.

Overheat protection and automatic defoaming of computer lights is also an important issue. Many computer lights, including imported computer lights, have different degrees of defoaming. These problems may be related to the heat dissipation of the lamps, aging components, ventilation, and lack of maintenance. These technical aspects are not the problems I can talk about. This is also the lighting designer. The lack of knowledge will have serious consequences for the lighting workers. If the computer light is used as the spot light, the spot light may disappear, affecting the performance and causing a performance accident. In the case of surface light and bokeh light, uneven lighting will be caused, and the lighting work will be abandoned.

The color temperature and illuminance of the computer light are also a problem that affects the performance of the show. After the computer light is used for a period of time, the color temperature and illumination will be reduced to different degrees, and the light sources of different brands will also be different. Therefore, we must first test when using, and it is convenient to use one by one. Of course, the difference in color temperature is not particularly obvious to the naked eye, and it will have a great impact on the recording of stage performances. 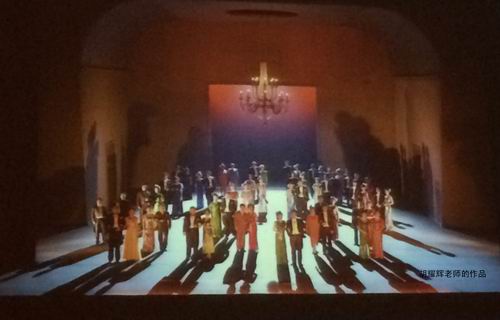 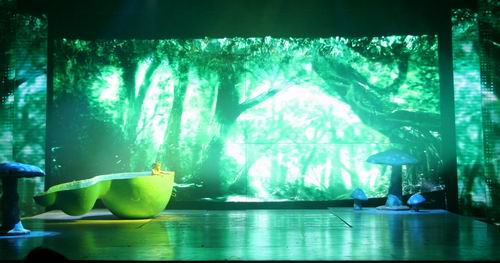 So, does LED white light have only advantages and no shortcomings? Is there any problem in the stage performance? Of course not, everything is not perfect, LED white light is the same, it also has many shortcomings, such as The power of LED white light is relatively small, and it is difficult to access point light sources and single high power light sources, and the illumination is relatively low. If you need high-illumination and large-area light to make effects in the stage performance, LED white light can't be done. It can't achieve the effect like a neon lamp and the impact on the stage. It can't be as explosive as the stage backlight, and it can't be achieved on the stage like a xenon lamp with a strong single light source. Light and shadow effects. These are the regrets of our lighting users, and we hope that our theater stage lighting workers can achieve them. It is also the different pursuit of lighting by the stage lighting and TV lighting workers.

Technology is progressing and equipment is developing, which is inevitable. The new light source of LED will also have new breakthroughs driven by the development of science and technology. LED white light is no exception. With the needs of the market and the designer's pursuit of the stage effect, new equipment will be produced. One day, it will produce LED white light that is more suitable for theatrical stage performance. It must not only have precise dimming, but also high power and high illumination. It can be similar to point light source. LED white light fixtures with high brightness, large area and reasonable light quality add luster to our stage, providing designers with the greatest possible possibilities.

Awards: It has won the Dance Academy Award, the Beijing Excellent Lighting Design Award, and the Outstanding Drama Award.

Social Honor: Member of the Stage Film and Television Professional Committee of the China Lighting Society, member of the Art Professional Committee of the Beijing Chaoyang Planning Art Museum, and project expert of the â€œDevelopment and Integration of Sound and Light Imaging System for the Four-Dimensional Space Acrobatics Stageâ€ by Guangzhou Hedong Electronics Co., Ltd.