On June 21, the â€œDance of the Dreamâ€ 2016 Super Girl Finals conference was held in Changsha. The top 21 national players have officially made their debut at the press conference, including the top 20 super girls from the "Girls' Academy", and the "Super Girls" made up of 15 preparatory students made their debut. In addition, new elements such as the "1+1+1" disruptive game system, the "Super Record" project, and the use of VR technology were unveiled in the finals, making the on-site media lamenting that the super-finals will make the Internet the ultimate.

In addition to technological elements, the â€œGuardian Goddessâ€ Twins appeared again in a debut, â€œGod Examinerâ€ Huang Zhilie joined the star elements to join the team, but also pulled the atmosphere to the highest point. 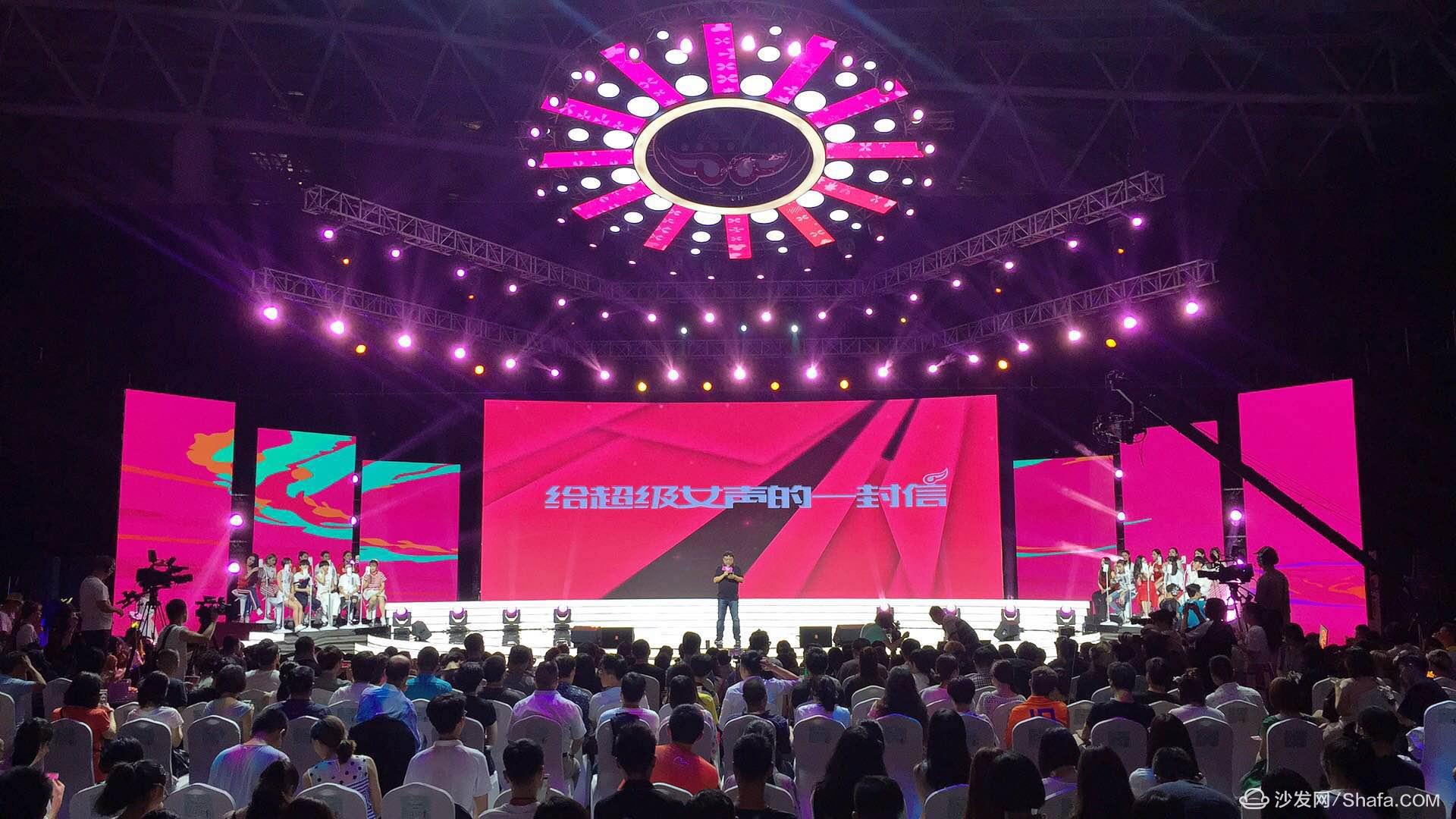 After nearly two months of intense study and competition in the "Girls' Academy", the Super Girl 20 was newly released. At the Super Girl Conference on June 21st, the top 20 Super Girl opened the conference with a book titled â€œThe Crazy Dream Neon Wants to Sing and Sing,â€ bringing a cheer to the live audience.

Surprisingly, in addition to the 20 finalists in the "Girls' Academy", there was also a 15-member "Super Girl" who also reached the finals. At the press conference, the debut of the "Super Girl Group" led by Hong Tao attracted the attention of the media. It is reported that "Super Girls" is the first batch of players signed with Tiancheng Entertainment since the opening of the "2016 Super Girl"; at the same time, it is also the first training group for women in Hunan Radio and Television. Its birth represented a new format for the 2016 Super Girl. At this point, the super girl "National 21 Finals" shines.

Although the â€œSuper Girl Groupâ€ has just been established, each team member is very clear about his role. The host's questioning session and the wonderful talent show of the women's team members reflected the overall strength of the entire team. At the press conference, Hong Tao stated that he has given very high expectations and confidence in the future development of the women's team. He hopes that the "Super Girl Group" will rapidly grow into the most dazzling female group in China. 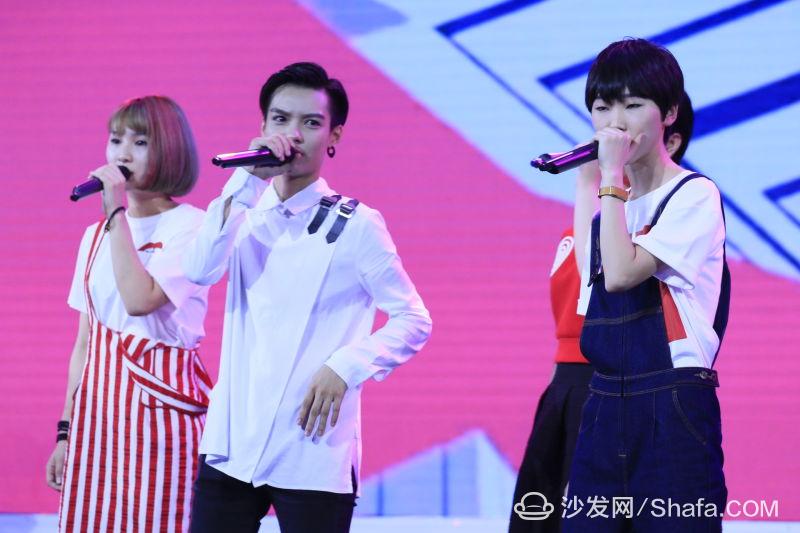 This year's "Super Girl" partner, Mango TV, adopts a new model broadcast on the Internet platform. The gameplay is endless, and the final game system to be held is even more subversive. At the press conference, the chief director, Zhou Shan, announced for the first time the new "1+1+1" system in the finals, namely "every Tuesday and week, canvassing activities across the country + every Wednesday's 10,000 concerts + every Saturday's knockout". .

As a program to select "Super Idol", it is naturally "have fans get the world." The nationwide â€œtour ticketingâ€ implements the player's intimacy, emphasizing the close and direct interaction between the player and the fans, and enhancing mutual understanding and understanding; the â€œ10,000 People Concertâ€ instantly highlights the real strength of the players and the control of the stage, once a week. The concert will quickly improve the competitor's comprehensive resilience. The "elimination game" on Saturday will follow the existing "Super Girl" game system to select popular idols with both popular and powerful abilities.

At the press conference, Mango TV and sing bar together announced the launch of the "Super Record" program. Superwoman Director Zhou Shan and Singer representative announced many details of the plan: The entire program will record 1 original song and 1 cover song for the Super Girls 21, a total of 40 singles, simultaneously in the form of physical and electronic versions. Online release. The "super record" was created by famous musicians in the industry, including Lian Jianfeng and Chen Ge.

In addition, the super girl finals also boldly adopted the current tuyote technology - virtual reality technology (VR). After the finals are open, fans can experience VR star-chasing through the Mango TV iphone client. Through the VR technology, the Super Girls Live has become an interactive scene, allowing fans to get rid of the shackles of the screen and immersively experience the feeling of standing beside the idol. From viewing the screen, it becomes within reach. At the same time, there is the VR channel of Mango TV official website. "Fan + Idol" mode will subvert the traditional "fan vs. idol" mode.

The conference also announced that the "Super Girl" mobile game of the same name will be on-line on June 30 and "Super Girl" will land on July 28 in Shanghai Chinajoy. 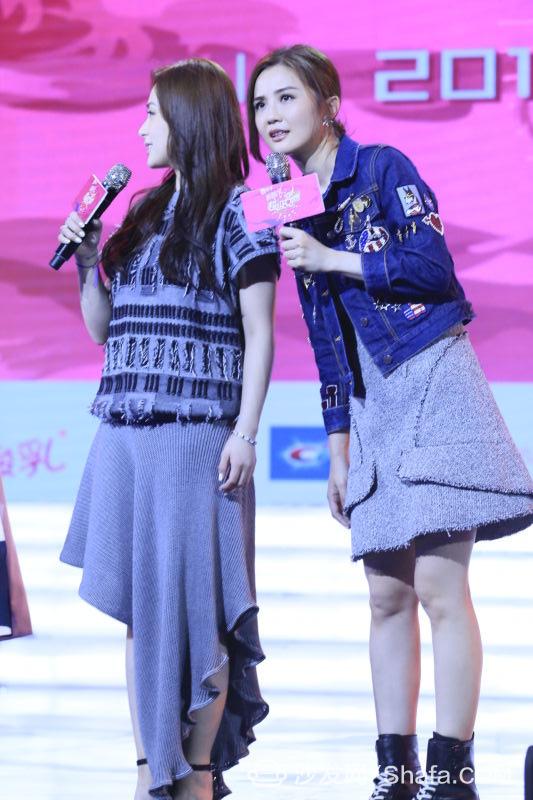 The biggest surprise at this conference was, of course, the appearance of Twins, the guardian goddess, and Huang Zhilie, the â€œGod Examinerâ€.

Each idol must experience a peak from the beginning of his debut. How to correctly face the brilliant setbacks is a required course for each idol. At the conference, the 21st Super Girl, who is about to become the next generation of National Idol, learned from the Twins of the Women's Day and learned valuable experience.

A sa commentator, "After becoming a celebrity, the pressure is very great. When you encounter misunderstandings, you must be strong enough. Someone will doubt you." Gillian said, "You will think of what you see now. When you are just starting out, your idol's path is hard to go, but you must adhere to your dreams!â€ After the interaction, the two sent a special symbolic gift for the super girls: Chorus â€œThe next day ã€‹ In this way, I wish every supergirl can realize her dream of music and become the next day!

The â€œGod Examinerâ€ Wong Chi-leok brought a â€œHoneyâ€ and the sexy glamour broke out, lighting up the hot atmosphere on the scene. The male hero Huang Zhi listed not only the music brought by the Super Girl Conference, but also intimately gave super girls a lesson on practicing sounds, revealing his own way of practicing sound. Huang Zhile will also join the Super Women's Finals as judge of the Goddess.

It is reported that the star of the "2016 Super Girl" finals is not yet fully finalized, but what is certain is that every celebrity tutor will bring surprises. In the finals field, what kind of ultimate sound game will the Super Girls 21 bring us? On July 1, Mango TV's first "2016 Super Girls Final" advanced knockout, the curtain will start!