At present, robots in any field will be the promoters of a new wave of technology. The drone belongs to a branch of the robot and is equivalent to a "flying robot." This is a consensus of many UAV companies on the future prospects of drones, and it is also a point that VCs attach great importance to. In the next 5-10 years, drones will take the lead in making breakthroughs in the consumer and industrial sectors.

At present, the business opportunities in the drone market attract the attention of many startups. As drone applications spread into various new fields, the potential market for drones is also rapidly expanding. The drone will be a new, highly competitive market. With the breakthrough of drones in smart technologies such as vision and perception, a broad market for ordinary consumers may be opening. In the next 5-10 years, drones will take the lead in making breakthroughs in the consumer and industrial sectors. 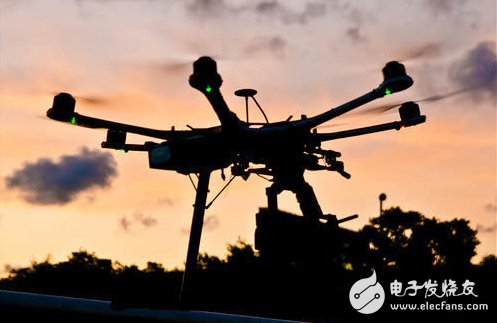 Consumer-grade aerial photography has passed the cusp of industrial drones

Consumer-level layout of the heat has passed <br> <br> aerial drones with hardware technology is mature, cost reduction, lower prices, UAV extends from business applications to consumer applications, aerial became a consumer field Huge business opportunities. And when people talk about drones, they often think of aerial photography. However, drone aerial photography has always been the exclusive use of a small number of users, for most small white users, drones have high thresholds for use, including but not limited to: high prices (more expensive than mobile phones) Difficulty in operation (fried chicken), local restrictions (not flying anywhere), and inconvenient to carry (large size, short battery life)... The drone industry is facing due to weak consumer demand and falling prices Change, many startups are shifting their focus to specific business applications.

This has led to a downward trend in consumer financing for consumer drones. According to the data, the number of financing and financing amount of the global drone industry in the third quarter of 2016 has dropped significantly. Only 8 companies have received financing of 55 million US dollars. In addition, due to the rapid iteration of products in Dajiang and the advantage of price, the well-known UAV manufacturer 3DRoboTIcs has completely withdrawn from the UAV manufacturing field.

Outlet on industrial drone UAV station waves <br> <br> first used in the military field, however, more companies believe growth in the UAV market is still in industrial applications. At present, the application of drones in China has begun to spread to the fields of mining, agriculture, emergency disasters, construction, and power monitoring.

At present, there are many domestic drone manufacturers, and the competition is fierce. Every company wants to break out from the competition, but most companies only simply amplify the previous small drones or aircraft models. The drone is reliable. Sex, economic and technical are not qualified, and industrial-grade drone manufacturers are very few in China, which is a potential market.

Looking back at the industrial-grade UAV industry, from the perspective of industry application, some enterprises have completed the accumulation from â€œ0 to 1â€, and leading enterprises in the segmentation field have emerged. For example, the Yiwate/Guandian defenses are respectively in the power inspection line. /The anti-drug field has established its own advantages, while the concentration of aerial survey, police security, agriculture and other fields is still very low; in addition, from the perspective of the industrial chain, most of the drone companies are now concentrated in the whole machine manufacturing, flight services. There is still a lot of room for training services and post-marketing.

<br> <br> summary of current robot in any area of science and technology will be the wave of a new round of promoters. The drone belongs to a branch of the robot and is equivalent to a "flying robot." This is a consensus of many UAV companies on the future prospects of drones, and it is also a point that VCs attach great importance to.

The business opportunities in the drone market have attracted the influx of many startups, but many entrepreneurial teams have imagined drones as very simple. They simply modified the open source code and put the products on the market, ignoring the unmanned The most fundamental stability and reliability of the machine is a huge risk. In addition, it is the security risk brought by the drone supervision policy. At present, no country in the world has established a complete low-altitude watershed dispatching system, which has led to huge legal risks in the drone market. After the policy is perfected, a large number of drone companies will disappear.