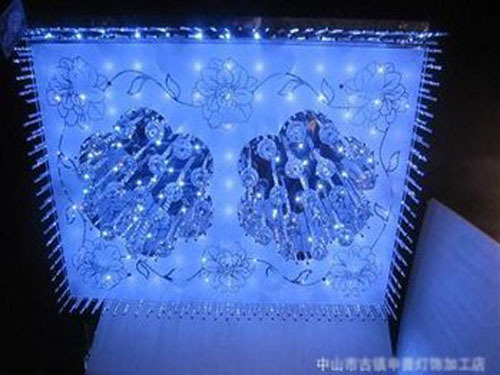 In 2014, companies continued to deepen their efforts in such areas as resource integration, channel construction, and market segmentation. Facts have proved that the industry reshuffle integration will continue in the next few years, and only to avoid product homogeneity and price melee, and constantly strengthen the brand strength in order to remain unbeaten in the competition flood.

"Cohesion of brand strength, and help the development of enterprises." In order to promote the spirit of the industry, enhance brand value, and promote positive energy development, HC LED screen network organization planning 2014 LED display industry brand event selection. The companies that were shortlisted for this year's top ten branding event can be said to be a big wave of scouring and smashing. They have been highly praised by the market once and again, whether in product quality, technological innovation, brand effect or corporate influence.

The awards ceremony kicked off with a passionate performance. Immediately afterwards, Hui Fang, a partner of HC360, and Weifang LED screen network general manager Weifang, first took the stage to deliver a speech. She stated that in 2014, the Led industry shuffled its efforts somewhat, the industry developed more steadily, but in the real competition However, it appears to be more intense. For the majority of Led companies, the most urgent task to be solved is how to create a higher market value in a relatively low-lying economic environment. Mr. Wang Huanzhang, Secretary General of the Outdoor Advertising Subcommittee of the China Advertising Association, who later took the floor, stated that under the support of the national policy, the LED industry will have a large and relatively long period of development in the future. All companies should repair their internal strength and make preparations. I will not be left behind. At the same time, the LED industry must maintain stable development and must abide by industry rules and jointly resist unfair competition behavior. As the enterprise of the exclusive brand name huicon LED screen network brand for three consecutive years, Mr. Zhu Zhiqiang, general manager of Xiamen Qiang Cai Optoelectronics Technology Co., Ltd., expressed that it is a great honor for Giant Color to win 2014 HC Network LED screen industry top ten brand selection. The campaign's overall naming rights, and the strong willingness to work together with industry colleagues to accept the challenges and take responsibility for the advancement of the industry to make joint efforts, wonderful speeches received warm applause from the people present.

Subsequently, awards for major awards were presented. With the attention and applause of more than 300 industry professionals on the site, the representatives of the top 10 brands took the stage to receive the award and witnessed the honorable moment of the LED screen industry.

As the highlight of this award-giving event, the industry-leading forum was held at the award ceremony of the LED screen industry brand event organized by HC Network. The tripartite representatives of industry experts, manufacturers, and terminal procurement operators gathered at the same stage, focusing on the â€œsmall distance between LED displaysâ€. The development opportunity and challenge of the Blue Ocean Market, the opportunity and development brought about by the M & A in the LED industry, and the future situation in the advertising media field are the topics to be discussed. In the fierce conflict of views, we discuss the industry's new dynamics and exchange experiences.

FLUTED CANDLES HAVE MANY SIZE ,LONGER OF SHORT .

IT IS POPULAR IN AFRICA MARKET ,IT IS MADE OF 100% PARAFFIN WAX ,AND STEARIC ACID .AND IT IS SNOW WHITE COLOR PURE WHITE COLOR .VERY STRONG ,NOT EASY TO BROKEN .

ANY INQUIRE PLS BE FREE TO CONTACT WITH ME .